Enzo Ferrari came up with the 410 Sport Spider while looking to enter the 1955 FIA World Sportscar Championship. To do this, he needed to create a car that could race well on track while successfully completing the five-day Carrera Panamericana rally through Mexico. take off.

The Italian carmaker designed its new 519/C chassis for the championship, complete with a low-slung tubular frame. The race car was equipped with a 5.0-liter V12 complete with twin-plug ignition per cylinder, a quadruple distributor and a coil ignition system to develop nearly 400 horsepower. Only two 410 Sports were built to these specifications and while the Carrera Panamericana event was canceled before the cars could compete, they instead competed in the 1956 World Sports Car Championship.

This particular example is known as 0598 CM and was initially driven by Juan Manuel Fangio and Eugenio Castellotti. After an unsuccessful debut at the 1000 km Buenos Aires in January 1956, the car was returned to the Ferrari factory and taken over by John Edgar. Chassis 0598 CM was then frequently ridden by Carroll Shelby for Team Edgar, taking a number of wins.

The car proved so successful that Shelby once told a Los Angeles Times reporter, “Nothing can hit this Ferrari when it’s running.” Team Edgar later began courting Maserati and struck a deal with the Italian marque for Shelby to drive for them. Still with the 410 Sport in his racing fleet, Edgar handed over the reins to Phil Hill. Later, the car was driven by people like Richie Ginther and others.

John Edgar stopped racing the car in 1960 when he sold it. However, it was retired by its new owner for the 1963 Daytona Continental 3 Hours. New regulations dictated that race cars required a fixed roof, so one was made for the car, but this had a bad effect on aerodynamics. and the new owner decided to race a 250 GTO instead.

The car was then retired again and remained in a collection for two decades. It was acquired by Howard Cohen in 1980 and underwent a restoration. Chassis 0598 CM has gone through countless owners since then. It’s so special that the original fuel tank has a Carroll Shelby inscription that reads ‘Mr. Ferrari told me this was the best Ferrari he’s ever built.” 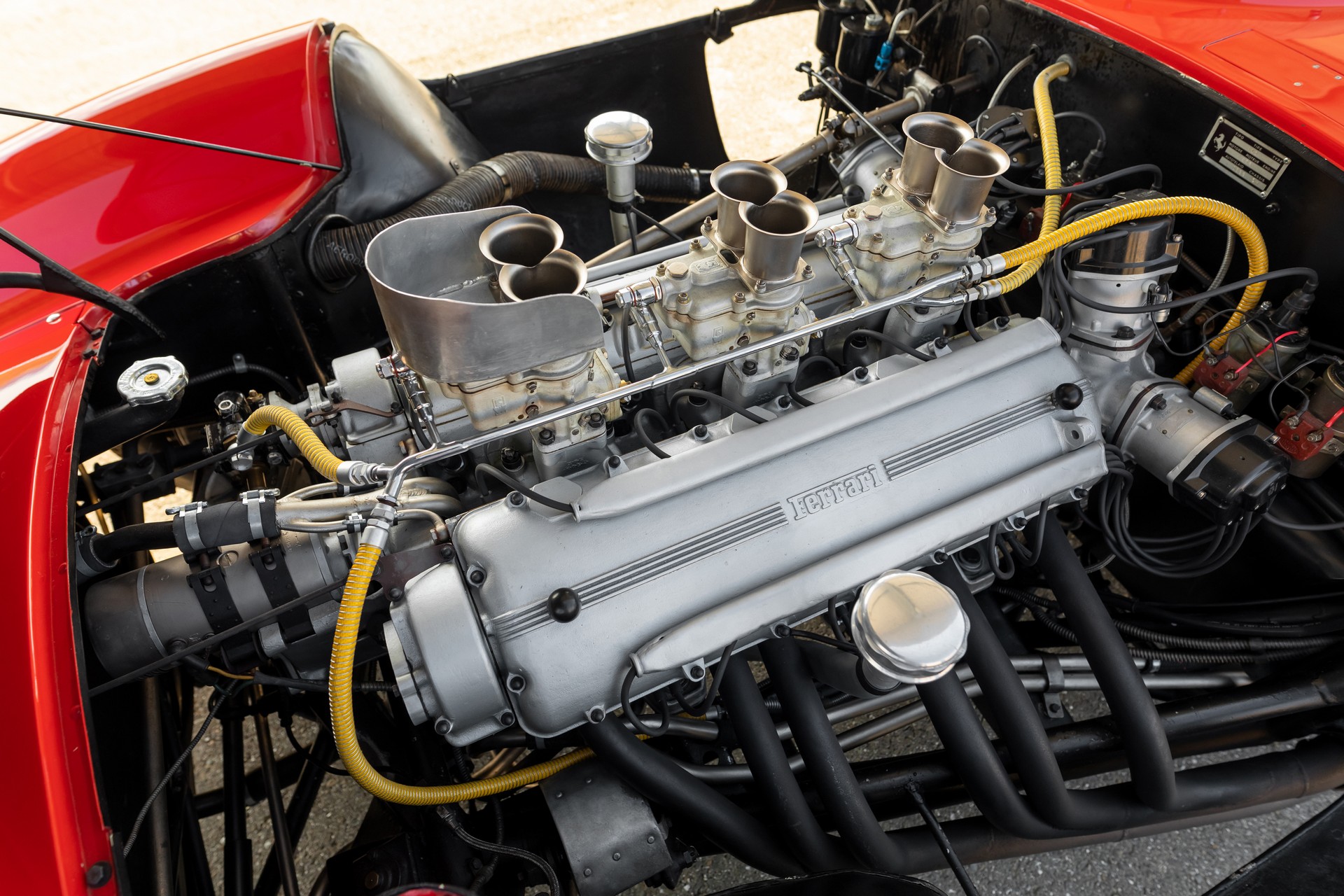