Premium subcompact sedans offer a driving experience akin to that of a sports car with the ability to carry four people, maybe five, when needed. They lean a little more on fun than practicality, but pack both properties just in case. The BMW 2 Series Gran Coupé enters its fourth year on the market with classic BMW balance. The Acura Integra is all new and revives a beloved name for the new model year.

Let’s take a closer look at two luxury subcompacts and find the right one for you. 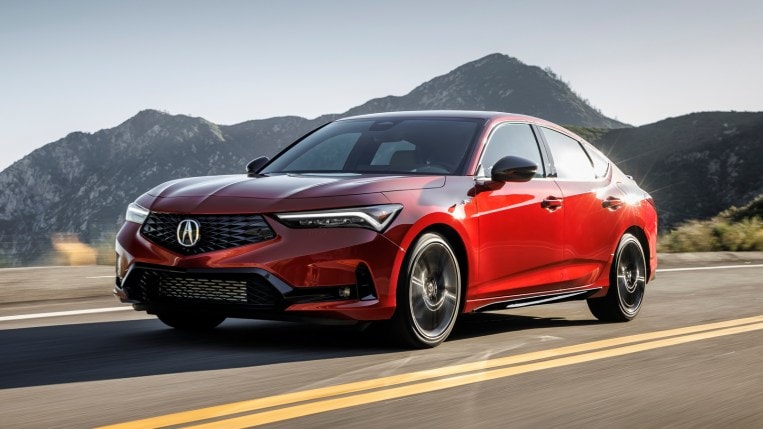 The all-new Acura Integra brings back arguably the most important name in Acura history. A 5-door liftback with a turbo engine and an available six-speed manual transmission, it is the starting point for the Acura range. An A-Spec model with an even sportier aesthetic is also available. The price starts at $30,800.

More affordable: The Integra is one of the least expensive ways to get into the premium sports saloon. The starting price is below that of the Audi A3, Mercedes-Benz CLA-Class and BMW 2 Series, and it almost holds up with them on the track.

The A-Spec model won’t break the bank either: People often buy in this class because they want to enjoy their commute. For the enthusiast, the Integra is available in an A-Spec model with a limited-slip differential and a short-throw manual transmission. It’s fun to drive and, shockingly, still less expensive at $35,800 than the base-model 2 Series Gran Coupe.

Nostalgia Factor: The original Integra built the Acura name in the US and many fans are excited to see its return. The new Integra shares its spirit with those you remember dearly – from its five-door bodywork to its Honda Civic-on-super-serum bones. The Integra name left the Acura stable in 2001, and some Acura loyalists have been waiting for a new one ever since. With the 2023 edition, Acura has captured the spirit of the original.

Check out this week’s fair purchase price or check out the Acura Integra models for sale near you.

The 2 Series is the cheapest BMW product in America – the pass for many to the legendary combination of driving pleasure and everyday livability that makes BMW’s reputation. The Gran Coupé fastback, like the Integra, has a 5-door liftback body shape. Prices start at $36,600.

Exciting performance: Even base-model BMWs are fun to drive, and there’s something special about the balance of a very small Bimmer sedan. The Gran Coupe shares its platform with the Mini Countryman, not the rest of the 2 Series line. But it’s fast and agile, and the least powerful version still dominates the Integra.

Available xDrive AWD: The M235i xDrive model is more expensive (starting at $46,400), but adds four-wheel drive (AWD) traction and a suspension tuned for sport by the engineers at BMW’s famed M division.

Extra headroom: In a class of very small cars, the 2 Series Gran Coupe may be the best choice for drivers over six feet. It offers almost two and a half inches more headroom than the Acura.

Check out this week’s fair purchase price or check out the BMW 2 Series Gran Coupé models for sale near you.

Both are small, front-wheel drive 5-door liftback models with premium features such as leather-wrapped control panels and standard Apple CarPlay and Android Auto. Both offer sportier versions with differential locks.

The Acura Integra costs less and offers nostalgic appeal to countless drivers who fondly remember the Integras of the 1990s and love the styling of this new version. It looks exactly like you’d expect the Integra to look like in 2023 if Acura never stopped using it. The 2 Series Gran Coupe is more expensive in every way. But for the extra money you get higher performance and BMW cachet. They are both great cars. The right one for you will depend on your priorities and whether any of them strike an emotional chord.