Apple Studios has acquired a project co-produced by Pitt’s Plan B Productions set in the world of Formula 1.

The film will be directed by “Top Gun: Maverick” director Joseph Kosinski and will include seven-time Formula 1 champion Lewis Hamilton and “Days of Thunder” producer Jerry Bruckheimer on the production team.

The film is yet to be titled, but will see Pitt “as a racing driver coming out of retirement to join a rookie driver to battle the sport’s titans.”

Brad Pitt will play a Formula 1 driver in an upcoming movie for Apple.
(Jean-Francois Monier/AFP via Getty Images)

Pitt, 58, is much older than all modern Formula 1 drivers.

Fernando Alonso, 40, is the oldest driver on the grid for the 2022 season, while seven-time champion Michael Schumacher retired from the series for the second time in 2012 at the age of 43, making him the oldest driver of the past quarter-century. 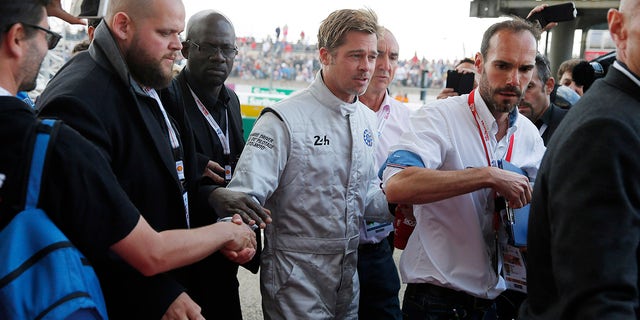 However, several drivers raced well into their 50s in the early days of Formula 1, with Louis Chiron holding the record as the oldest to qualify for and compete in a race at the age of 55 in 1955.

Pitt already has a previous connection with Formula 1.

At the 2004 Monaco Grand Prix, the Jaguar F1 team was sponsored by Pitt’s movie “Ocean’s 12” and each of its cars had an authentic $400,000 diamond embedded in the nose cone. 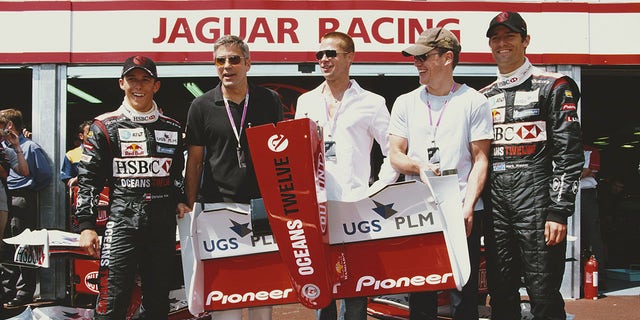 To promote the “Ocean’s 12” movie, real diamonds worth $400,000 were embedded in the nose cones of the Jaguar F1 team’s cars in Monaco and one went missing after a crash.
(Darren Heath/Getty Images)

One of the cars, driven by rookie Christian Klein, crashed on the opening lap and the diamond lost in the wreckage has never been found.

A release date for the film has not been announced.