The Celestiq, an electric car, is expected to cost a whopping $300,000 when it goes on sale, a figure first reported by the Wall Street Journal and which GM has not officially confirmed or disputed. GM has not yet announced a date when actual production will begin. The vehicle GM unveiled is a “showcar” version of the Celestiq, but executives have said production will look very close to it, except it will be highly customizable by individual buyers.

Cadillac has sold cars for six-figure sums before, but they were usually just over $100,000 and most of the time they were Cadillac Escalades packed with options. The Celstiq puts General Motors’ luxury brand in direct competition with brands like Bentley and Rolls-Royce who routinely sell cars at these prices.

This is an area Cadillac hasn’t occupied since at least 1957, when Cadillac offered the Eldorado Brougham, said John Wiley, valuation analysis manager at Hagerty, a company that closely monitors the collector’s car market. GM only made 400 Eldorado Broughams and they were completely hand-assembled, not made on an assembly line. When new, the Eldorado cost just over $13,000 at a time when a Rolls-Royce Silver Cloud could be had for about $16,000, Wiley said. (Adjusted for inflation, those numbers would be about 10 times that today.) Ironically, a Cadillac Eldorado Brougham today is worth more than twice as much as a collector’s car than a Silver Royce Silver Cloud, Wiley said.

It’s a bold move for the company that has repeatedly tried to re-identifying itself over the past two decades. The first attempt was the Cadillac CTS, introduced in 2003, as the entry-level luxury American car to beat the BMW 3 Series. With its angular styling and sharp handling, it was a sharp departure from the comfortable cruising Cadillacs of years past. But the CTS peaked with just over 60,000 units sold in 2005. Production ended in 2019. In most years, BMW sold about twice as much of the 3 Series.

Cadillac has made other attempts to reinvent itself, including a shift to alphanumeric names for its vehicles before returning to names. There was also an effort to create an exclusive engine for the brand called the “Blackwing” V8 before production was halted in 2020 after just two years and fewer than 1000 were made.

The Celestiq appears to be Cadillac’s latest attempt to return to its roots as a unique pinnacle of luxury.

Today, Cadillac is truly identified with a single product, the Escalade full-sized SUV, said Tyson Jominy, vice president of data analytics at JD Power. The Escalade is by far Cadillac’s best-selling product and also the one with the most pop culture cache.

While Cadillac has had many beautiful concept cars in recent years with rare and exotic materials, such as the Cadillac Sixteen with a huge fuel-burning engine and the Elmiraj with an interior with ‘handpicked fall Brazilian Rosewood’. The Celestiq is the first to actually go into production. It arrives shortly after the brand puts its first electric car, the Cadillac Lyriq, into production. Cadillac will be one of the first luxury brands to make the switch to all-electric by 2030. 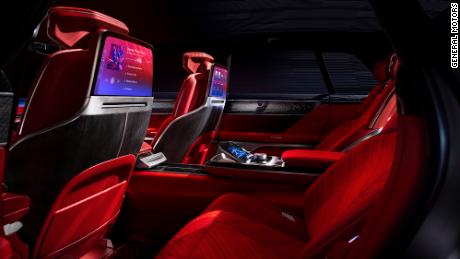 The shift to electrification — both for Cadillac and the industry as a whole — presents Cadillac with a unique opportunity to reposition itself in the eyes of customers, said Brian Moody, executive editor at Autotrader.com. Customers looking for electric vehicles have proven to be very open to trying new brands, and the Celestiq will be getting attention.

“That’s exactly what they need to do to differentiate themselves,” he said.

In the beginning, Cadillac’s motto was “the standard of the world,” a market position it hopes to recapture with this car, GM executives said. Cars like Celestiq serve as a point of pride for GM and set the standard for what’s possible, according to Jominy. 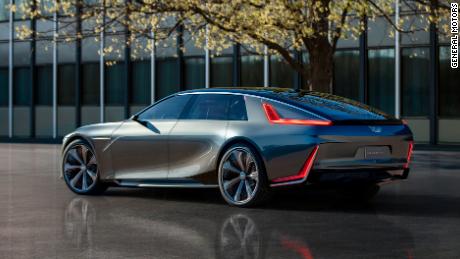 The Celestiq features technology already available on other Cadillac models, such as Super Cruise, GM’s hands-free driving system on the highway. It also has a 55-inch diagonal screen and a glass roof that can darken to different shades in each of the four different zones.

What will really set it apart is the almost infinite level of customization available.

“Each vehicle will be a custom celebration of a customer’s individuality, utilizing innovative design, authentic materials and the latest automotive technology,” said Rory Harvey, GM’s vice president for Cadillac. 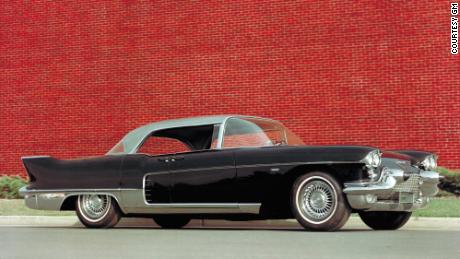 This kind of extreme individual customization—buyers can pick literally any paint color they want, for example—is something ultra-luxury carmakers like Rolls-Royce have been offering for over a century. This isn’t something Cadillac dealers are used to, and it remains to be seen how GM will handle the vehicle ordering process. “The overall customer experience” will be an important part of what makes the Celestiq stand out, Harvey said in an emailed statement to CNN Business.

Cadillac dealers probably already have customers in mind for the Celestiq, Jominy said. These will be people with multiple luxury cars in their garages, including at least one Escalade, he said.

“They are already buying” [Aston Martins] and others and ‘Hey, let me take a chance, it looks interesting’.

Some may be classic car collectors who already have a 1957 Cadillac Eldorado Brougham in their garage. They might like to park the modern, electric version next to it.