Even though Tesla is still about 50% behind Ford and GM’s revenues, if it can maintain its rapid growth in auto sales, it may be able to catch up. But is this feasible in 2025? Or will it take much longer for Tesla to get hold of two of its main US competitors?

How fast can Tesla catch Ford and GM?

During the first quarter, Tesla grew its car sales by 87% year-over-year. By comparison, Ford’s sales were down 5%, while GM’s was up about 11%. It is unlikely that Ford will continue to lose sales and that GM will grow at this rate. With a few notable exceptions, the quarterly revenue of both companies has been consistently between $30 billion and $40 billion per year for the past decade.

For the purposes of this equation (and taking into account the cyclicality of any company), let’s use $35 billion in auto sales as a measure of when Tesla can catch up with these two auto industry stalwarts. With this total, Tesla would need to grow its car sales by 27.5% over the next three years to catch up.

During Tesla’s Q1 conference call, CEO Elon Musk said he is confident the company can maintain its annual car production growth rate of 50% for the foreseeable future. With that rate, Tesla will pass Ford and GM by 2024.

While it’s pretty easy to understand how Tesla will pass Ford and GM in sales (after all, Tesla’s prices are on average much higher than Ford’s and GM’s cars), Musk’s next target would be incredible if it’s reached. Tesla aims to produce 20 million units per year. In context, in 2018 the most vehicles worldwide were produced by all vehicles produced combined, with the US creating 11.3 million and the entire world 96.9 million.

Should Tesla reach the target of 20 million units and control one-fifth of the global auto supply, Tesla will become one of the greatest success stories of all time. However, this is quite a challenge to become the world’s best car maker.

Currently, Tesla has three factories with a combined capacity of 1.05 million vehicles. It also has two factories in the “early disaster” phase, which will double Tesla’s current production capacity.

By doubling its capacity, Tesla will quite easily pass Ford and GM on sale by 2025. But what about its ambitious target of 20 million vehicles per year? 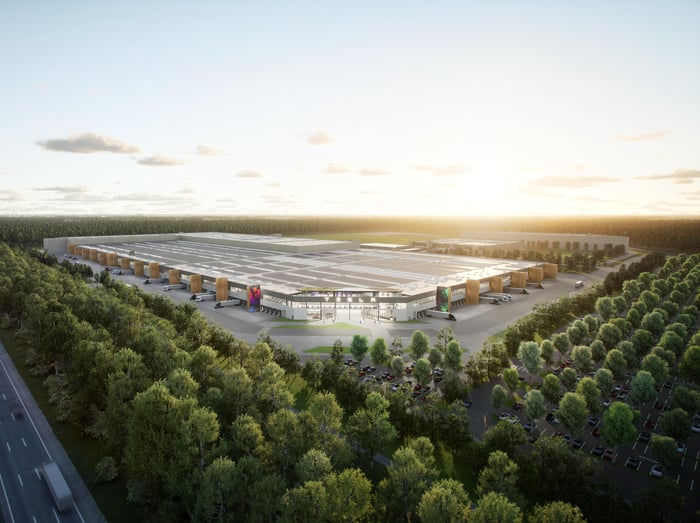 Tesla’s factories have a steady capacity of about half a million vehicles per facility. By that logic, Tesla needs 40 facilities to meet its target of 20 million vehicles per year. Tesla currently has four other plants under development, which would increase capacity to 4 million electric vehicles (EVs) per year. The Cybertruck, Tesla Semi, Roadster and an unreleased product will be made in those facilities, according to Tesla.

This capacity is still a long way from 20 million units, but Tesla will need to open factories quickly to meet its target of 50% growth in the near future.

Should you buy Tesla stock?

A sticking point for many investors is the valuation of Tesla. With a market cap of just under $900 billion, Tesla is bigger than the next 13 automakers combined. It also has a price-to-earnings ratio (P/E) of 117, although this has shrunk significantly as Tesla becomes more profitable.

As Tesla’s operating margin has improved in recent quarters, Tesla’s earnings will lower its P/E ratio as revenues grow. 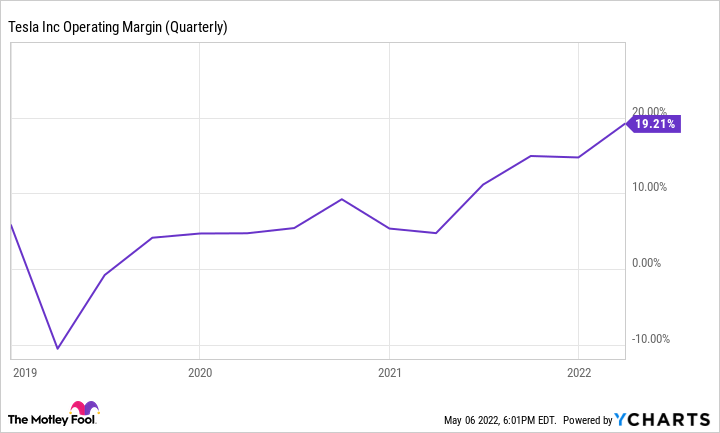 With Tesla’s stock price down about 35% from its all-time high, now may be the time for investors to get into the company. It’s poised to overtake US automakers in a few years, and growing profits will soon drive down valuations.