Robust demand meant production was at its highest level for the month since 2012 – when 7,608 units were produced – with strong growth for both vans and trucks and buses. 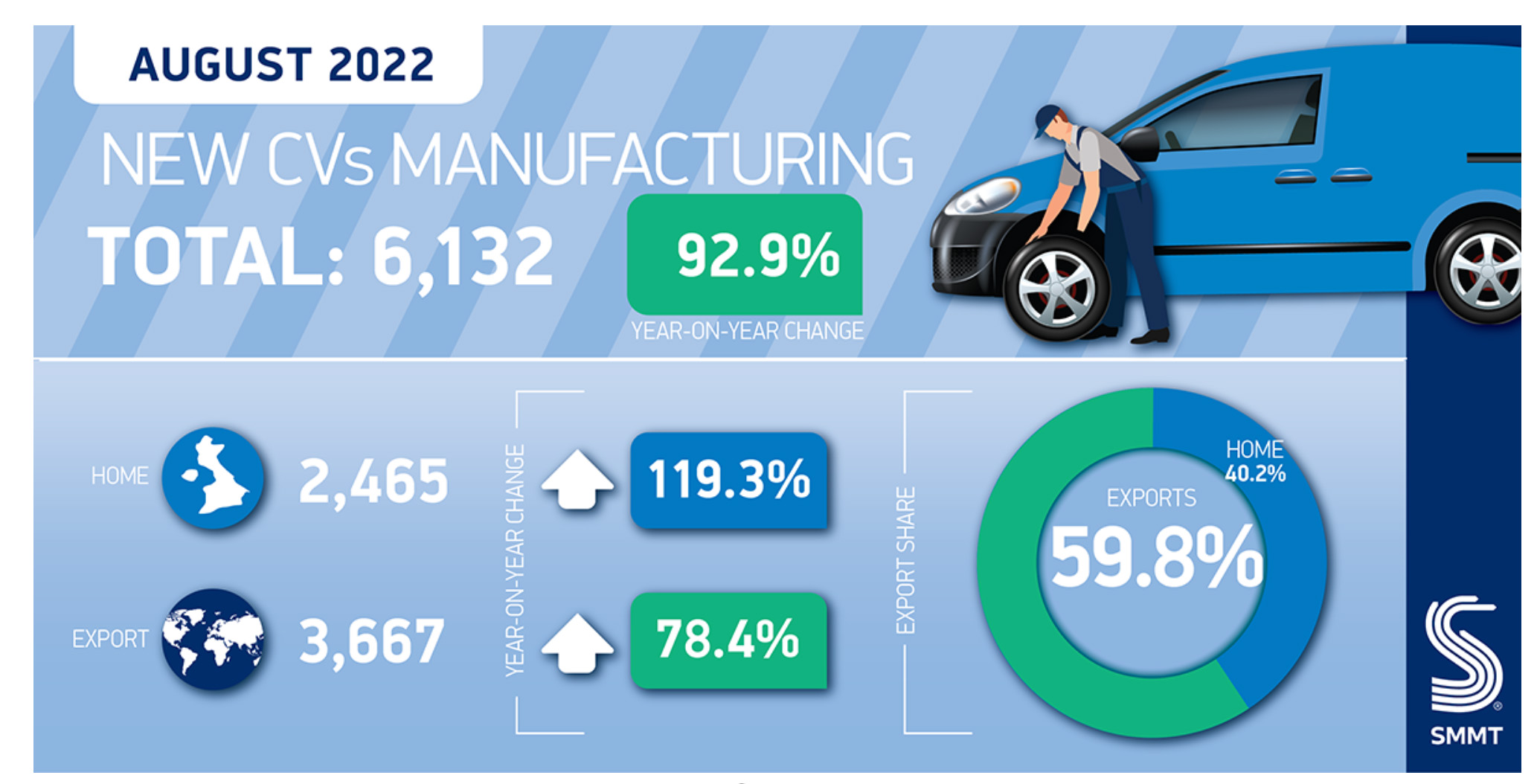 It is also 19.4 percent higher than the pre-pandemic five-year average of 54,754 units, resulting in the best first eight months of a year since 2012, when 72,708 units were made between January and August.

Exports have continued to grow at double digits this year, rising 78.4 percent to 3,667 units, of which around 93.5 percent were destined for the EU.

The SMMT said continued growth over the year was due to strong order books amid strong demand from fleet managers.

UK CV manufacturers had demonstrated resilience and the ability to supply for domestic and foreign markets in the face of major global supply disruptions and economic challenges, it added.

However, rising energy costs pose a long-term threat to the sector and its efforts to deliver zero-emission transport.

“Government measures will provide a short-term respite, but we need long-term actions that restore stability and strengthen our international competitiveness.”