Susanne Callin raced to victory in the Top Fuel final of the NitrOlympX, round three of the FIA ​​European Drag Racing Championship at the Rico Anthes Quartermile of the Hockenheimring

In a thrilling Pro Modified final, Michel Tooren took the win over Andres Arnover. Jonny Lagg beat Sandro Bellio to take the Top Methanol honor and in Pro Stock it was Jimmy Ålund again, this time by the narrowest margin over Stefan Ernryd.

TOP FUEL
The first big surprise of the weekend came when championship leader Ida Zetterström was defeated by number five qualifier Susanne Callin. The Finnish female racer’s dragster lost traction and broke the fan belt. As a result, after a bye run in the semi-finals, Callin advanced to the final.

On the other side of the elimination ladder, Antti Horto defeated Dennis Nilsson and then faced top qualifier Jndia Erbacher in the semifinals. As Horto had 3.95 seconds in the first lap and Erbacher 3.94, it promised to be an exciting and close encounter. In the end, the run was decided at the starting line, with Erbacher immediately losing traction and Horto coming out on top.

In the final, Horto was unable to make it to the start due to serious engine damage in the semi-final against Erbacher. After another bye run, Callin claimed the win, her first of the season and her first FIA race win after her comeback in the Top Fuel class.

PRO CHANGED
As expected, the eliminations in Pro Modified were exciting and full of surprises. In the first round, number three qualifying, Mats Eriksson drew a red card and was out of competition. David Vegter, the top qualifier, advanced to the semifinals after beating Jean Dulamon in the first round and after a bye run in the quarterfinals. There he had to compete against his Dutch compatriot Michel Tooren, the number four qualifier who won a tight quarterfinal against Bruno Bader. While Vegter ran into trouble, Tooren took the win with a handsome 6.01s to advance to the final.

In the final, Tooren met another surprising finalist, Andres Arnover. The Estonian who qualified ninth surprised Andy Robinson in the first round, improved to an amazing 5.96 seconds to beat Marcus Hilt in the quarterfinals and had a bye run in the semifinals as championship leader and second qualifying of the championship. event, Jan Ericsson sustained heavy damage to the blazer in his run against Marck Harteveld and was unable to participate in the semi-finals.

In an extremely tense final, Tooren crossed the finish line at 6.023 seconds, while Arnover had an ET of 6.020 seconds, but due to a better reaction time, Tooren claimed his first win. 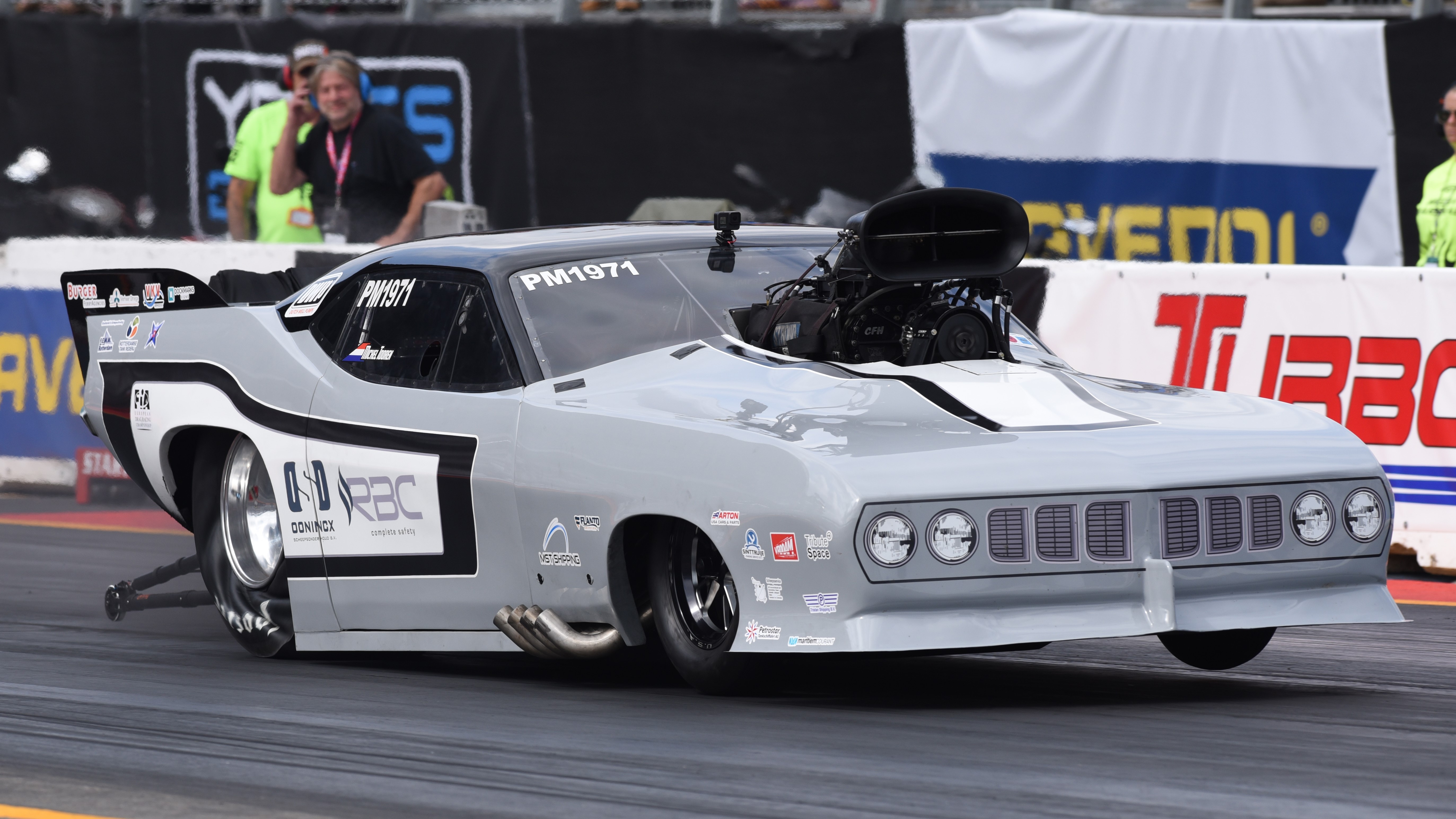 TOP METHANOL
In Top Methanol, the numbers one and two, Sandro Bellio and Jonny Lagg advanced to the final. Bellio defeated Silvio Strauch in the semi-finals when the German driver was the surprise winner against Linn Fløysvik on the first lap. Lagg had a bye run in the semifinals. In the final, Bellio’s Chevrolet Monte Carlo Funny Car drifted into the wall. The reigning champion had to lift and that allowed Lagg to claim victory with a run of 5.46 seconds.

PRO STOCK
In the semi-final of the Pro Stock, there was a big surprise when Michael Malmgren, the second best qualifier, ran a red light and handed the victory and a place in the final to Stefan Ernryd, who had to use his spare engine after he suffered serious damage to his number one engine in qualifying.

In the second semi-final, Jimmy Ålund improved to 6.63 seconds in his bye run to the final. In an extremely close run it was 6.65 seconds for Ålund and 6.69 seconds for Ernryd, with the multiple champion taking the win 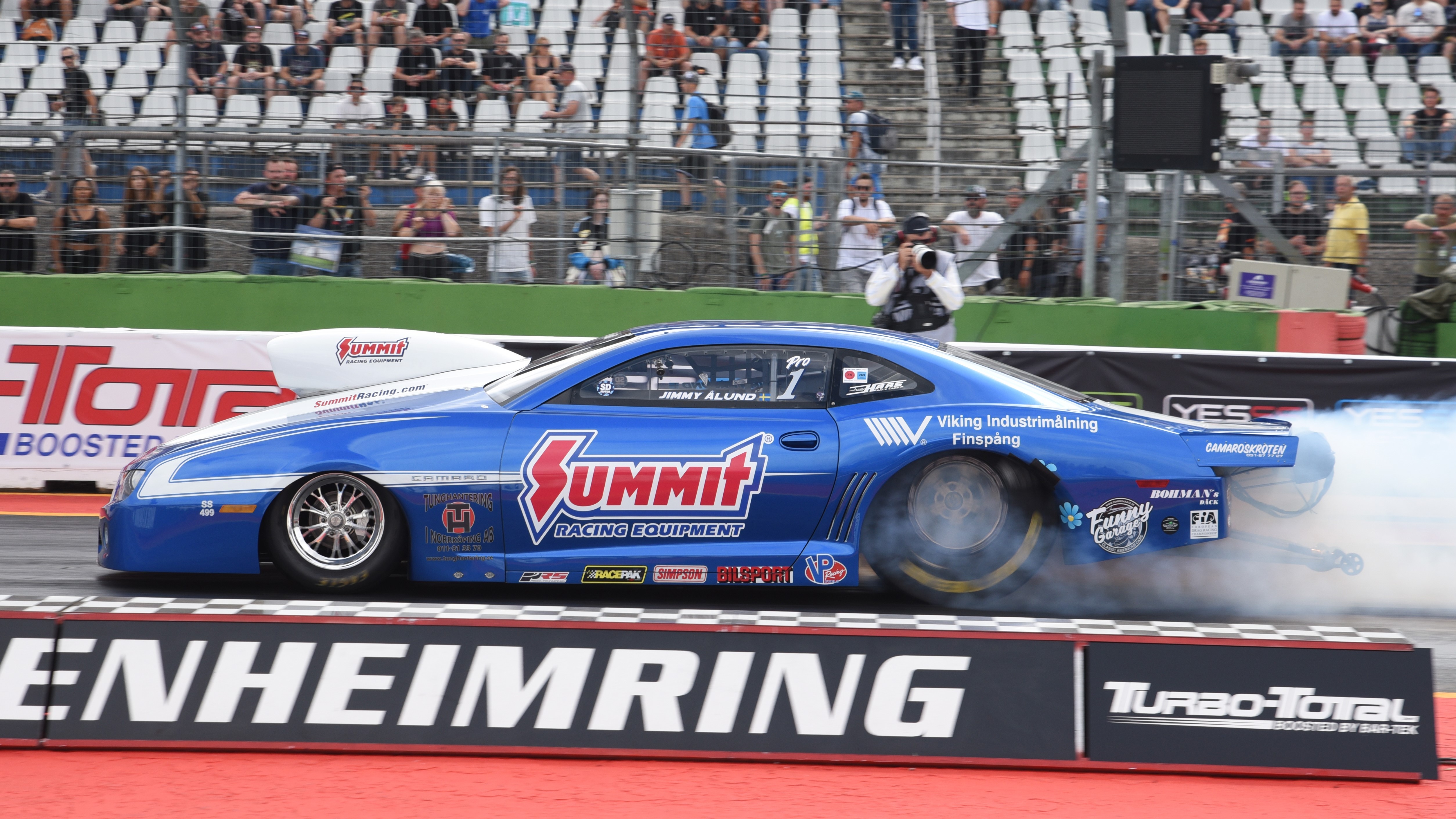