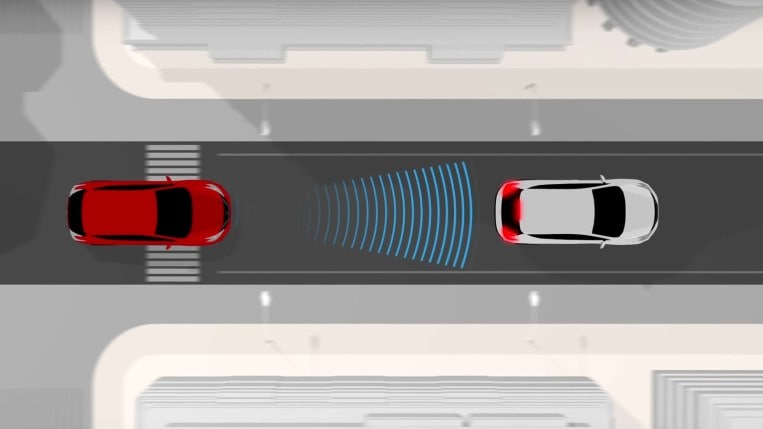 Automatic Emergency Braking (AEB) became available as an option on vehicles more than a decade ago. It was first offered in luxury cars, but is now available as standard equipment on entry-level models that are just as cheap as the Toyota Corolla. Soon it will be on all vehicles.

AEB is also effective in combination with Forward Collision Warning and a pedestrian detection system, which can detect when, for example, a crossing pedestrian is paying more attention to a smartphone than to traffic. Automatic emergency braking has a self-explanatory name. Nevertheless, if you buy a car with this feature, you may be wondering what it is, what it does, how it works and if it helps.

In this article, we will cover the following details about automatic braking:

What is automatic emergency braking?

Automakers created an automatic emergency brake to stop or slow a vehicle before it hits an object in its path. When sensors or cameras detect an object in front of you, they determine whether the car is approaching too fast. It must then be determined that the driver is not taking any action to slow or stop the vehicle. If so, the brakes are applied automatically.

Some systems only operate at lower speeds, preventing fender benders in traffic. Others operate at higher speeds, slowing a vehicle before a collision to reduce injuries and even prevent fatalities. Some respond to pedestrians, cyclists and animals, others do not. Automatic braking is also increasingly available when reversing. 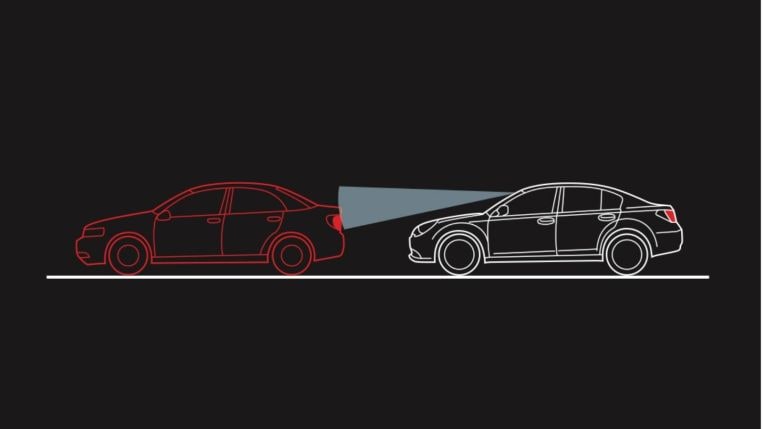 Forward Collision Warning goes hand in hand with your car’s automatic braking system. This system works with sensors on the front to warn you visually or audibly if there is a risk of a collision. Whether the car in front of you stops abruptly or you waited too long to brake, this system warns you of an impending collision. While all systems work differently, many systems work with the ABS (anti-lock braking system) and will slow or stop your car in the event of a potential forward collision.

Like the forward collision warning, reverse emergency braking is a safety feature to prevent accidents. We’ve all been there. you back from a grocery store parking lot, and another vehicle comes right in your path. When that happens, this safety feature will automatically stop your car if there is another vehicle behind you while you are reversing. All systems will not automatically brake for you, but at least a warning tone will sound.

Systems use a variety of sensors

Depending on the design of the system, the automatic emergency braking function relies on cameras, radar or other sensors. When this technologies identify an object and the potential for collision with it, automatically activate the braking system.

These systems do not guarantee that you will avoid a collision. Instead, they will try to stop your vehicle in time in typical situations. At the very least, they slow down your vehicle to lessen the severity of the impact.

It is also important to remember that the technology only works when the camera, radar or sensors can identify objects. Strong sunlight, heavy rain, built-up snow, darkness and other variables affect automatic emergency braking.

So it is not a substitute for careful driving. Instead, it’s a safety net.

AEB doesn’t work well in the dark on most cars

You find automatic emergency braking in most new cars for a good reason: the system helps save lives.

However, you must be careful in the dark. The Road Safety Insurance Institute (IIHS), an independent, non-profit scientific and educational organization, studied these systems in 23 car models during nighttime conditions. The results show that most automatic emergency braking systems of vehicles perform ‘poorly’ in the dark.

Of the 23 models tested, the survey found that only four vehicles earned a ‘Superior’ rating. Those vehicles include the Ford Mustang Mach-E, Nissan Pathfinder, Toyota Camry, and Toyota Highlander. The Chevrolet Malibu, Honda Pilot, Nissan Altima and Toyota Tacoma were not credited during vehicle testing.

Still, 19 of the 23 vehicles performed well in comparable daytime tests.

In 2019, another IIHS study concluded a 50% reduction in front-to-rear collisions for vehicles with automatic emergency braking. It also identified a 56% decrease in injuries for these types of collisions. With regard to the automatic braking systems for reversing, there was a 78% decrease in the number of accidents compared to cars with only a reversing camera.

Sometimes this technology is activated when perceived threats are not real. In such cases, sudden braking is usually momentary. However, when this happens, it can rattle a driver’s nerves.

Occasionally, the system incorrectly identifies a vehicle in an adjacent winding lane as an obstacle and activates full braking power. Dappled sunlight and reflections from signs can also cause temporary activations. These false positives are usually harmless, but underline the importance of staying alert behind the wheel.

If you suspect something is wrong with your automatic emergency braking system, find out what it costs using our Price guide for service and repair. Then find the nearest auto shop and schedule a visit to have the job done.