Motoring journalist and former Top gear host James May once said, “If you want to know what technology will be in your car ten years from now, look at today’s S-Class.” And it’s certainly true that Mercedes-Benz packs its top-quality cars with innovative technology, some of which will eventually make its way into more pedestrian vehicles. From safety features to infotainment gadgets, Mercedes has a long track record of setting trends. In the 1950s, Mercedes was the first manufacturer to install safety door locks with conical pins to prevent doors from bursting during an accident. In the 1970s, it was Mercedes that introduced the first reliable anti-lock braking system, as well as the first turbocharged diesel engine. In the 1990s, the company’s “Linguatronic” system was the first voice-activated car telephone platform in a series production car. And last year, the 2020 S-Class introduced the first 3D driver display that uses eye tracking to enable spatial perception of the display with a true 3D effect. But Mercedes-Benz is not
the first automaker to integrate Dolby Atmos into a car’s sound system. The lucid air, a high-end electric car from California-based startup Lucid Motors, beat Mercedes to its limits. (The Lucid Air also took Tesla a step further by being the first—and thus far only—electric car to reach more than 500 miles, and was named MotorTrend’s Car of the Year.) Mercedes is in the unusual position to try to play catch up. To compete with the Californian newcomers, Mercedes has built its own high-end electric car, the new EQS. And the brand’s flagship Mercedes-Maybach and S-Class cars are now getting the Dolby Atmos treatment thanks to two new sound systems designed by Berlin-based audio manufacturer Burmester. The Burmester “3D” sound system uses 15 speakers (this is what you’ll find in the EQS), while the enhanced “4D” system includes a whopping 31 speakers, plus eight “exciters” (two per seat), which Burmester defines as “structure-bound sound transducers in the seats.” With the addition of the exciters, Burmester says that “the music experience is expanded and enhanced, making it a completely new experience for the senses.”

Our customers rightly expect the highest level of musical enjoyment in a Mercedes-Benz vehicle. Mercedes-Benz is therefore one of the first luxury car brands in the world to rely on the groundbreaking Dolby Atmos technology. With Dolby Atmos and the Burmester sound system, we offer our customers an exciting in-vehicle music experience that is almost like a live concert. I’m sure the customers will be happy.

— Britta Seeger, Member of the Board of Directors of Daimler AG and Mercedes-Benz AG responsible for sales

Like Mercedes, Burmester has a track record of innovation. (The company also makes some incredible) cool looking gear† In 1980, Burmester built the world’s first modular preamplifier, called the 808, which is still in production in its fifth generation. The company developed the first remote-controlled loudspeaker modification, using relay circuit resistors, in 1987. In 1994, Burmester received a patent for its actively regulating 948 Power Conditioner, which frees the supply voltage from interfering DC components. And in 2002, the company started designing audio systems for cars, first with Bugatti and then with Porsche. (Interestingly, the system in the Porsche Panamera uses Auro-3D surround-sound processing, a competitor to Dolby Atmos.) In 2013, Burmester began collaborating with Mercedes. According to Dolby, the Burmester system in the new Mercedes-Maybach and S-Class will arrive in summer 2022 and provide “the ultimate in-car audio experience… allowing listeners to connect with music to its full creative potential. .. (via) an all-new immersive soundscape.”

At Dolby, we are passionate about extending the Dolby Atmos Music experience for consumers everywhere and Mercedes-Benz shares our vision. We are excited to partner with them to accelerate the adoption of this immersive aural experience in cars. The integration of Dolby Atmos in the S-Class and the Mercedes-Maybach will provide customers with an additional superior feature whether they are behind the wheel or a passenger. 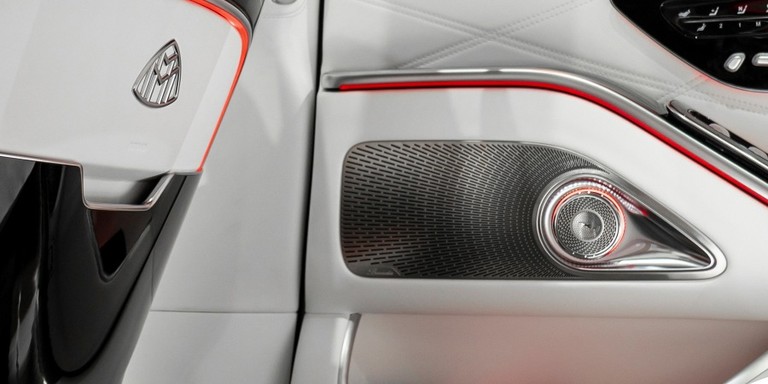 The audio hardware of the Burmester high-end 4D sound system includes two amplifiers, driving 31 speakers with a total of 1,750 watts of system power. There are six “3D” speakers that radiate their sound from above, like the height effect speakers in a Dolby Atmos home theater. There are also 4 “near-ear” speakers on the front seats and a dedicated subwoofer with its own 18.5 liter enclosure. Installed in both the front and rear doors, the tweeters rotate 360° when the system is engaged and move slightly closer to the passengers with a corkscrew movement. According to Burmester, the tweeters are “aligned for the optimal sound impression while refining the luxurious feel-good atmosphere.”

Dolby Atmos is all about an immersive experience, adding more space, more depth and more height to the sound field. For a traditional audio system based on a discrete number of channels, the inside of a car is about as hostile as you’ll encounter. But Dolby says, “Atmos adapts to any playback environment, meaning fans can listen to music with unparalleled clarity that matches an artist’s original vision in the studio.” Music mixed (or remixed) to take advantage of the Dolby Atmos format is now available from popular streaming services, including Apple Music, Amazon Music Unlimited, and Tidal. But I think it’s reasonable to wonder how much a typical (non-audiophile) Mercedes customer will really appreciate having a Dolby Atmos system in a new car. 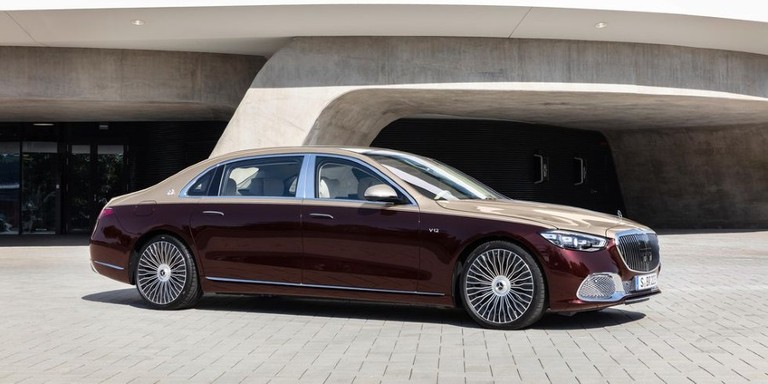 While the technology has become more accessible through scaled-down experiences on smart speakers, soundbars, headphones, and even mobile devices, most people who aren’t home theater enthusiasts have probably only experienced real-deal Dolby Atmos in a movie theater, if at all. On the other hand, most people don’t buy a Mercedes-Maybach, which starts at $185,000, and can go up from there. (Personally, I’d go for a Bentley Flying Spur or a Rolls-Royce Ghost. Or, you know, buy a house.) Dolby is promoting the new Mercedes/Burmester Dolby Atmos system not as audiophile esoterica, but as a natural extension of the luxury experience sought by the kind of customer who spends hundreds of thousands of dollars on a car. Dolby says that luxury is “a timeless concept, although it is constantly evolving.” And I think there’s a grain of truth in that. 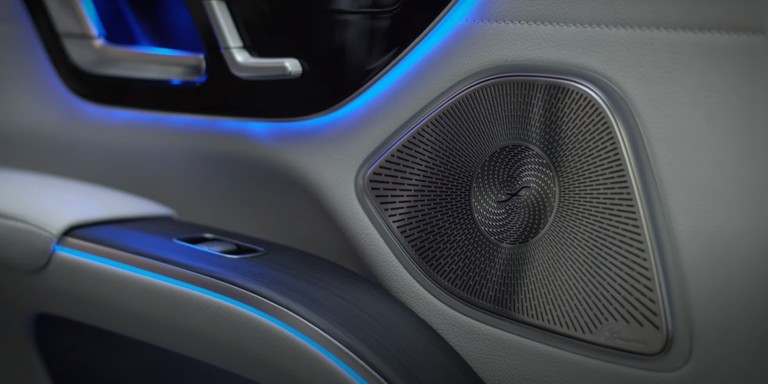 Luxury sound – the future is here with Dolby Atmos Automotive

Just a few decades ago, luxury revolved around polished woods, plush carpets and champagne glasses hidden in the armrests. Today, people still expect that, but they also expect the elegant integration of powerful, easy-to-use technology. According to Mercedes, it is “the extraordinary that creates desire”. Dolby Atmos will be available for the first time in the Mercedes-Maybach from the summer of 2022 and shortly afterwards in the regular S-Class. Mercedes says it will also make its way into other vehicles equipped with the company’s new MBUX infotainment system, including the EQS electric car, which is a direct competitor to the Lucid Air. At this point, hardly anyone has seen a Lucid Air in real life, let alone driven one. And so chances are the first time you experience Dolby Atmos in a car, it will be in a Mercedes.

To learn more about the Mercedes/Burmester Dolby Atmos sound system, grab your headphones and check out this binaural video from Dolby†