NEW YORK CITY — An SUV rolled into a firefighter who was trying to save the driver and his son after a crash in New York City.

The first collision occurred on 11th Avenue on West 42nd Street in Manhattan on Sunday afternoon.

The accident between two vehicles involved a BMW SUV and a Volvo sedan.

Randi and Matthew Rahn said they had stopped in their Volvo at a red light when the SUV just landed on their vehicle.

“I thought it was an explosion,” Randi said. “It was a horribly, horribly loud crash.”

Cameras captured how the BMW wobbled on the Volvo.

Good Samaritan Ben Arias sprang into action and tried to help the couple and the passengers of the BMW, identified as father and son, get out.

“For the BMW side, I said to them, whatever you do, don’t go out on the passenger side,” Arias said.

Randi and Matthew managed to get out of their Volvo and somehow walked away unscathed.

“It’s a miracle neither of us were hurt at all,” Randi said.

Meanwhile, the BMW was attached to the Volvo.

“His wheel climbed on top of our car and it got stuck there,” said Matthew.

Firefighters who provided assistance joined Arias and tried to help the driver and passenger who were still in the BMW.

As firefighter Ryan Warnock forced his way into the overturned BMW, officials said the driver pressed the accelerator pedal and moved it forward.

The BMW then fell on its side and landed right on Warnock’s leg. 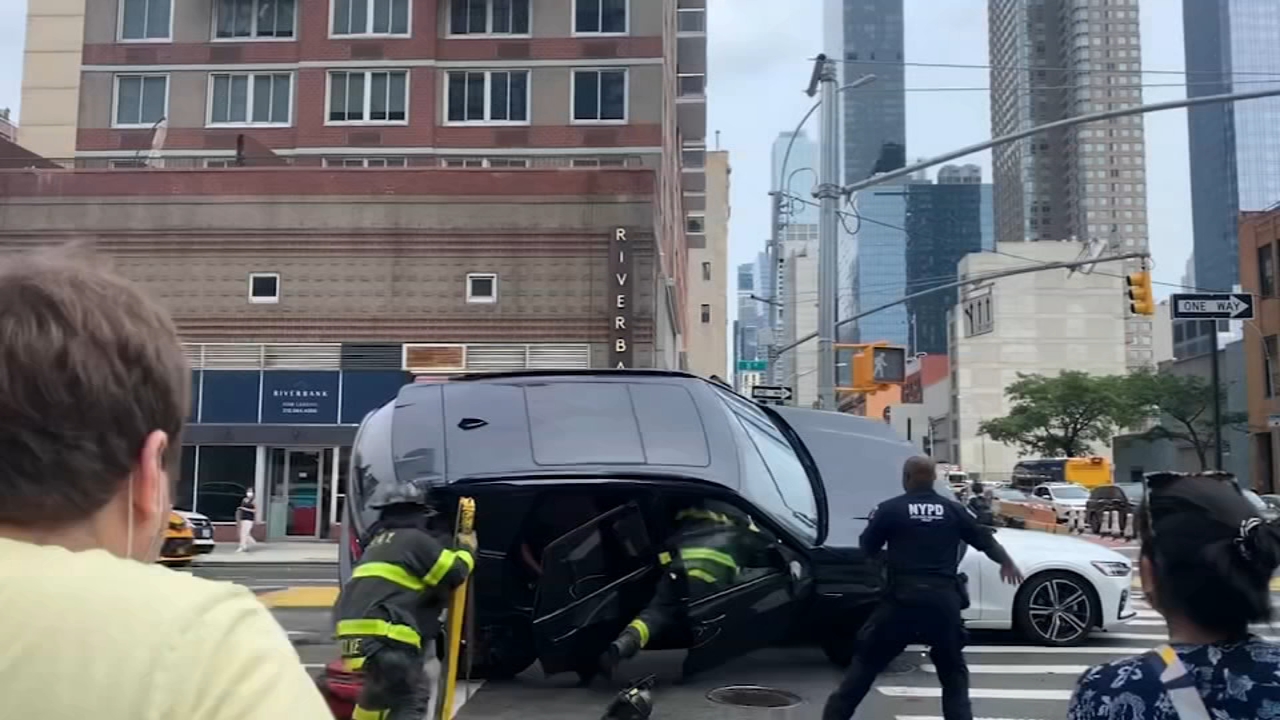 Cameras, still recording, captured everything and the screams of the spectators.

“It was extremely scary,” Randi said.

“We pushed the BMW up as best we could and thank goodness the fireman got out in one piece,” Arias said.

Warnock was part of the lifeboat on the Hudson River last week. 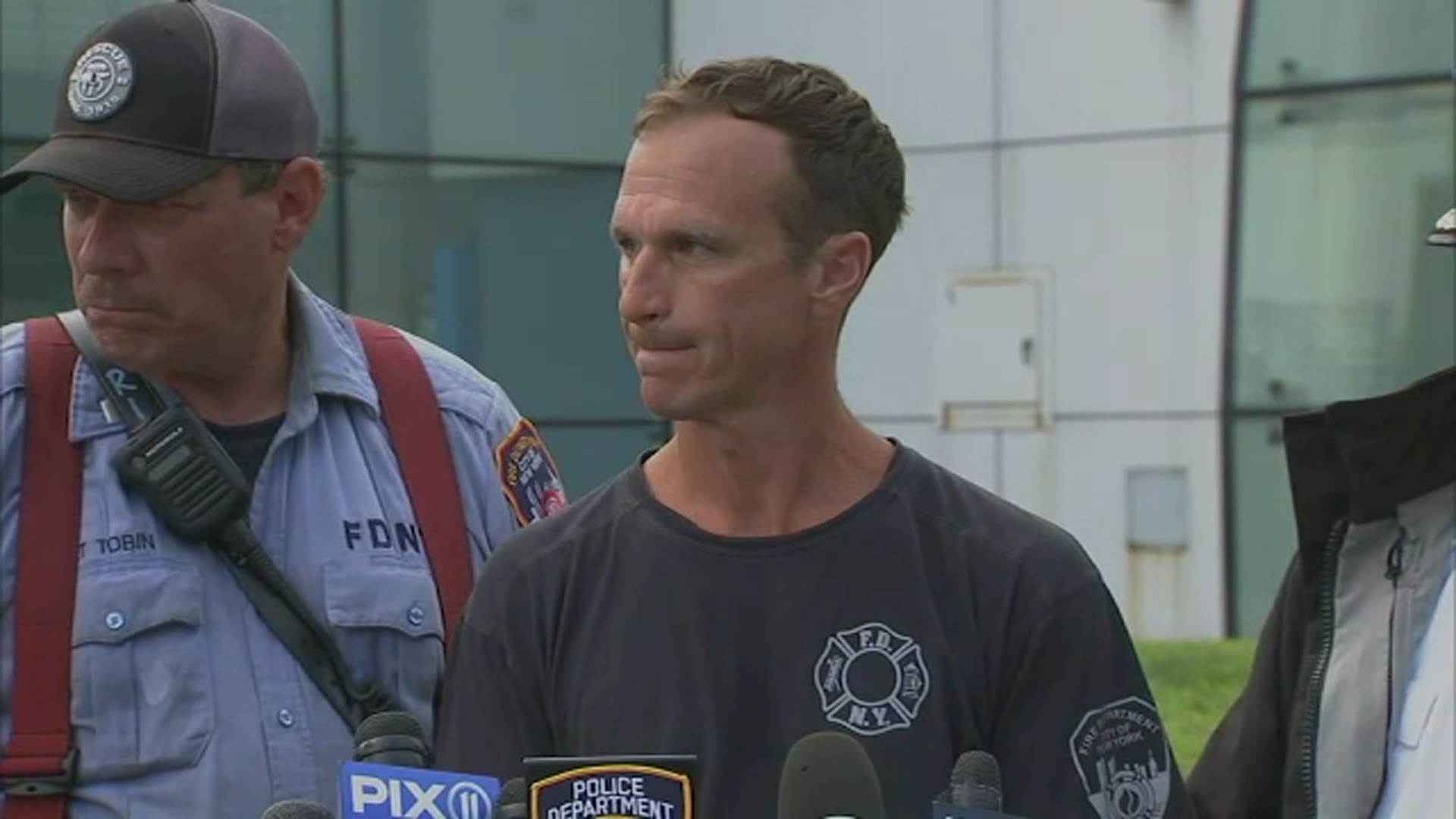 He is recovering in hospital with leg injuries, but so many are grateful for his courage.

The driver of the BMW and his son are said to be fine.

The cause of the crash is still under investigation.