The largest Top Fuel Indy field in a decade has been gathered at Lucas Oil Indianapolis Raceway Park for the Dodge Power Brokers NHRA US Nationals, and two of the 25 cars belong to Scott Palmer, who wouldn’t even race Top Fuel anymore if he the inspiration Pro Stock team owner Ken Black gave him 17 years ago.

Today he has matching cars for him and Alex Laughlin, two big tractor-trailers and all the crew and help he needs, but in 2005 Palmer was still a struggling neophyte Top Fuel racer. He had 17 DNQs in his first 26 races in 2002-04, and 2005 started badly, with a rear tire puncture at the Winternationals damaging the chassis.

“We had a really hard time, we had no business with a Top Fueler,” he admitted, “but the only way to learn is to get one. Kalitta had helped us a bit and Rob Flynn had helped us, just some advice to avoid getting hurt We were just struggling We had no parts and we had no money We weren’t good at it I know people laughed at us for not being good.

“I had a little fight with O’Reilly, that wasn’t money, just something where they gave me access to their salespeople, but I had to go to Memphis [the O’Reilly Mid-South Nationals] to get the money. Jim Wiens, who is still my clutch man and also builds chassis, patched up the car. We show up there, and I think me and Spencer Massey on the Rebeca were so bad that nobody wanted to work for us,

“Anyway, so we show up in Memphis and we missed qualifying, and we’re in the puts on Saturday night and Ken Black walks up to me. I didn’t know Ken Black – I’d never actually met him; I may have waved at him once in the line-up, but never had a conversation with him.” 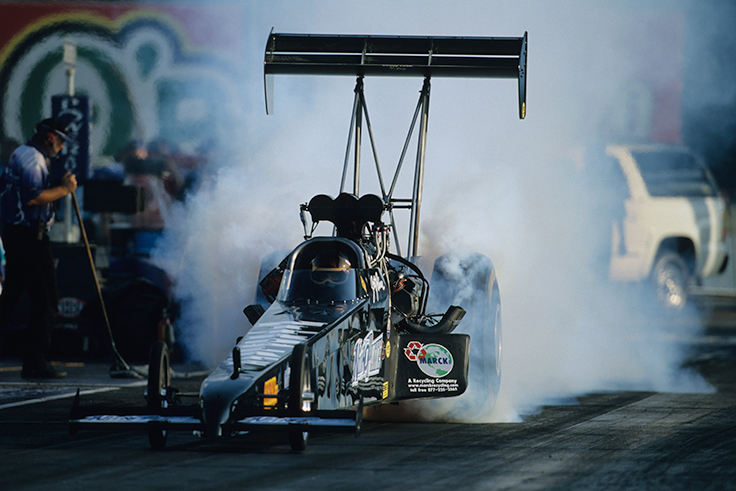 At the time, best known as the car owner of the Summit-backed Pro Stock team of Greg Anderson and Jason Line, Black was putting together a Top Fuel team for Hillary Will for the 2006 season,

“We were loading the trailer and he said, ‘Hey, I want to talk to you about this team I’m putting together.’ He asked me a few questions and my take on Top Fuel and I told him the truth, some of which probably wasn’t politically correct I told him it’s hard here, that the guys who work the hardest – the little guys – the deals sometimes don’t get it It wasn’t the answer normal people would say but he said he appreciated my honesty We probably talked for 30 to 45 minutes.

“He asked me to stay on Sunday and I told him I was only going to be away for five or six hours and might be leaving that evening. He said, ‘Stay here until tomorrow; I want to talk to you. Are you going to Indy?’ And I said, “Absolutely not. We didn’t qualify here with 17 cars. If I go to Indy, it’s going to be 30.

“I didn’t think about it – I just thought he wanted to say goodbye or something – it was just so strange for Ken Black to come up to me and talk to me because he’s a Pro Stock guy. I love it on Pro Stock because I am a huge Bob Glidden fan.

“Anyway, later that night, probably 11:30 or midnight, we’ll be ready to go. The truck drives, the lights are on, we breathe, we’re going to try to back up and go home and Ken comes back. He says, “You have to go to Indy.” I said, ‘I’m not going to Indy. I don’t have a chance to go to Indy and do anything but look bad.”

“He told me he and George Marnell had been to Indy about seven times before they even qualified, and he said, ‘Real racers go to Indy. Let me ask you something: If you knew you would join Indy qualify and get that money, would you go?’

“I said ‘Yes. Yes, I would,’ and he pulls out a personal check for double the Indy qualifier money, puts it in my pocket and says, ‘I want you to take this. Half of that,’ consider yourself “qualified. The other half. Buy some parts. You’re a real racer. You’re going to Indy.” But he told me, “I don’t want people to know I did this. I’m doing this for you. I don’t want anyone to know; don’t tell anyone.” 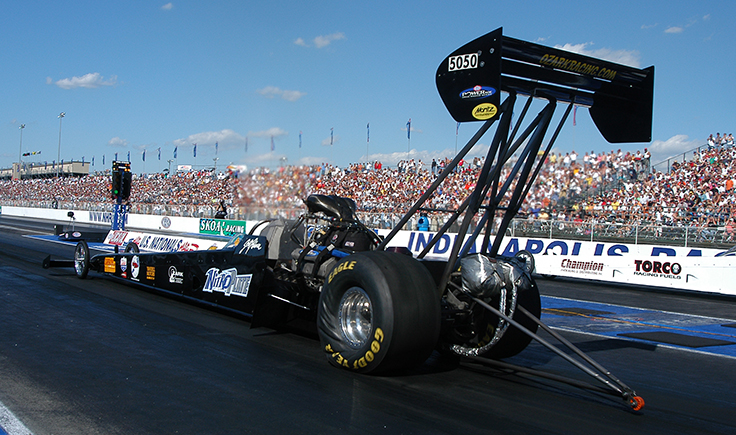 “We took that money and fixed the car and bought a few parts and went to Indy. We didn’t qualify, but that wasn’t the point. I am not exaggerating. If that hadn’t happened in Memphis, I would have gone bankrupt. We were literally done.

“Originally I had no intention of riding Indy this year. We let Alex in and I heard someone say that 24 cars had come in at Indy, almost every car in the country. I don’t even run that much nationally anymore – I do all my competitive races, but I don’t want to be a full-time guy. It was fine. I got into the top 10 and proved he could do it. Now I just want to run the races I want – but I remembered what Ken said all those years ago, and I’m a real racer, so I called NHRA and joined.

“All this because of what happened in Memphis, where I went to make a deal that wasn’t worth it and met Ken Black. He then told me he didn’t want anyone to know what he had done so I haven’t done it until now but I think it’s time he got credit for helping me get to where I am now .”