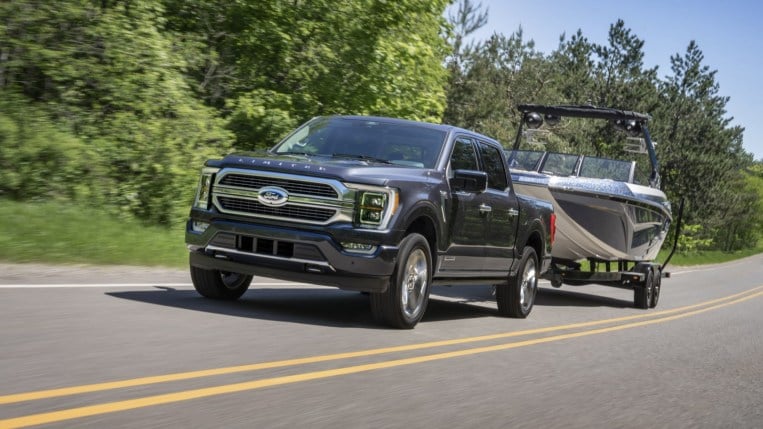 Ford has reportedly closed customer order books for the 2022 F-150. That means buyers can no longer custom-order America’s best-selling vehicle. Ford is such a backlog of orders that factories will continue to produce F-150s until the 2023 model year kicks off.

The forum F150gen14.com has received a memo that Ford has sent to dealers last week announcing that the discontinuation of the order “applies to the XL, XLT, Lariat, King Ranch, Platinum, Limited and Tremor trims on hybrid and gas engines.” The company had already stopped orders for electric F-150s.

That list leaves open the possibility that customers can still order an F-150 Raptor.

It doesn’t mean there won’t be F-150s for sale. The memo reads, “Dealers will continue to be able to place orders for inventory from the F-150 dealers.” So you will likely still find F-150s for sale on dealer lots year round. But you can no longer order your own with just the colors and features you want.

The F-150 is Ford’s best-selling product and is part of the F-series of trucks that are routinely America’s best-selling vehicle. It’s also the latest in a line of Ford products to sell out. The company sold its entire production run of small Maverick trucks, Mustang Mach-E electric vehicles and F-150 Lightning electric pickup trucks earlier this year.

Ford has long discussed plans to switch to a delivery model. Much like the way cars are sold in Europe, each customer would order the exact model they wanted and wait for the factory to build it. The company has not announced a target date for that move. It’s just a pursuit at the moment. But selling the most popular product early will likely encourage the plan.