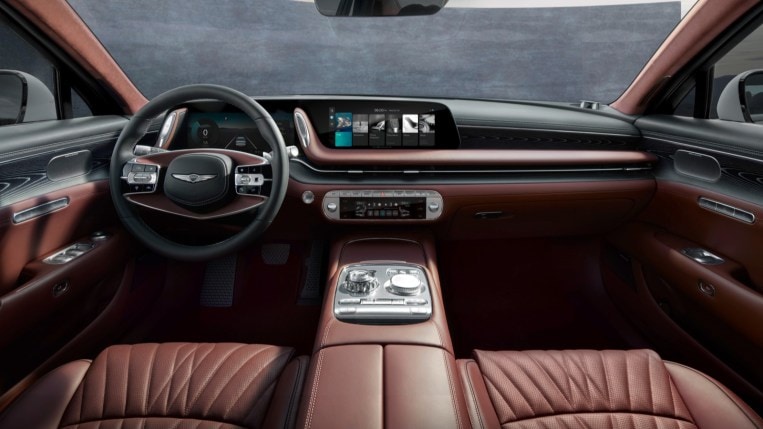 All automakers compete to integrate new high-tech features into their cars, but not all do it equally well. Hyundai and its luxury brand Genesis are doing well, according to a new study by JD Power. Mazda struggles the most among the mass-market brands, with Porsche tightening the rear in the luxury division.

Automakers vary widely in how well they implement each idea.

Take back seat reminders — systems that detect when someone opened a back door before the car started and remind the driver to check the back seat when the ride ends to minimize the risk of accidentally leaving a child or pet in the car. The best of these systems, JD Power analysts found, generated only 1.9 problem reports per 100 cars. The worst generated 26.2.

This large variance shows that technologies can be implemented well or poorly. Kathleen Rizk, senior director of user experience benchmarking and technology at JD Power, explains: “There is often a wide range of total problems for a technology across all brands. This means some innovate flawlessly for a particular technology, while others struggle with its implementation.”

A demonstration goes a long way

The dealer experience also makes a difference. Analysts found that motorists were more satisfied with a technology and less likely to stop using it when a dealer demonstrated how to use it.

Related: The 10 Best Automotive Technologies of 2022

Fingerprint scanners – first recorded in 2022 – proved to be the most problematic technology. They generated 54 complaints per 100 vehicles. JD Power calls that “a missed opportunity, as many owners have used fingerprint technology to access their smartphones.”

Some states require automakers to consent to the collection of data by JD Power. Both Tesla and Polestar declined to participate. JD Power publishes unofficial scores based on the data of states that do not require approval from the automaker.

Based on that limited data, both would have done well. Tesla would have taken first place with a score of 681. Polestar would have been second, at 608.