What Are The Best Subaru Legacy Years To Buy For Used Car Buyers? A updated study from Consumer Reports (via subscription) says the 2015, 2016 and 2017 Subaru Legacy is your best choice for a mid-sized sedan. They also rank the 2014 Honda Accord, 2016 Mazda 6, 2013 Toyota Avalon, and 2016 Toyota Camry as one of the best options for midsize and large sedan buyers.

Why choose the Legacy sedan? sedans get better fuel economy than SUVs, and the 2015, 2016 and 2017 Subaru Legacy comes standard with four-wheel drive for all-weather performance. Consumer Reports says the Legacy showed much better-than-average reliability in its owner surveys.

What is the Legacy Fuel Mileage?

In Consumer Reports owner surveys, they get a reported total 27 mpg. The EPA says the 2015-2016 Legacy gets 26/35 city/highway mpg and 29 mpg combined with the 2.5-liter engine and automatic transmission.

2015, 2016 and 2017 Subaru Legacy earned the top prize for Top Safety Pick+ from the Insurance Institute for Highway Safety (IIHS). The legacy too got a five star rating of the National Highway Traffic Safety Administration (NHTSA). 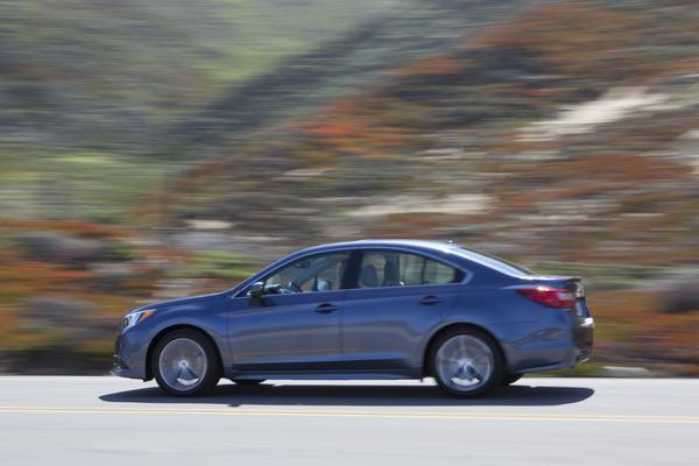 What do consumer reports say?

CR says: “The 2015 Legacy redesign brought a welcome refinement to an already very good sedan, improving interior quality, adding a new infotainment system and elevating ride quality to near-luxury levels. is responsive. The spacious and quiet cab offers plenty of room for the driver, along with a large rear seat and easy controls.”

In other recent rankings, Consumer Reports also chose the 2017 Subaru Legacy as a top pick for shoppers. The 2017 Legacy is a top pick among midsize sedans, and CR says it wins the five-year-old model category.

What is the price of the Subaru Legacy 2017?

What is the Legacy Fuel Mileage?

CR says the Legacy gets an owner-reported 27 mpg. The EPA’s fuel economy estimates for the 2017 Legacy with the 2.5-liter engine are 25/34 city/highway and 29 combined mpg.

Should You Buy a New 2023 Subaru Legacy?

The 2023 Subaru Legacy is now available when you order a new model. The 2023 Legacy midsize sedan gets new updates with a redesigned front end, the latest version of EyeSight safety technology and a new wide-angle mono camera. Subaru has also updated Legacy’s multimedia system with wireless Apple CarPlay and Android Auto.

With the new model shortages, if you can’t find a new vehicle, midsize sedan buyers have several good used car choices, and the 2015 2016 and 2017 Subaru Legacy sedan is a top pick by Consumer Reports. The Legacy offers fuel-efficient, four-wheel drive for all-weather performance; it gets the highest safety scores and a much better than average reliability.

You may also like this: The 8 best new cars under $25K – Subaru Impreza is the best according to consumer reports