GoTo Malta, a popular electric vehicle sharing service, announced on Sunday that it will leave the islands for good at the end of the month.

The company announced its departure in a Facebook post, thanking all GoTo users for using its services.

“It’s time for us to say goodbye,” GoTo said. “We know this really sucks and we’re totally gutted. Over the past four years, we have created a strong culture of sharing. Together we traveled 20 times to the moon and back. Thanks for the trust and all the shared rides. Keep sharing.”

The company’s subscribers also received an email, in which GoTo explained that they had no choice but to leave due to “various factors”.

“GoTo arrived on the island in 2018 and pioneered the local shared mobility space,” it said. “Malta has been an amazing adventure and during our time here our cars and mopeds have covered over 10,000,000 km, representing more than 1,000,000 shared rides.”

Launched in 2018, GoTo Malta allows people to rent out its 450 electric cars, mopeds and kickstarters through the app.

Although the company is ceasing its operations in Malta, it will continue to operate in Germany, Israel and Spain.

Early Saturday morning, an accident occurred involving a 17-year-old girl who happened to be driving a GoTo car.

Four people were injured in the accident, one of the passengers is still in critical condition. 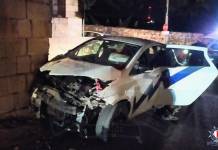 GET THE FIRST FOR THE LATEST NEWS